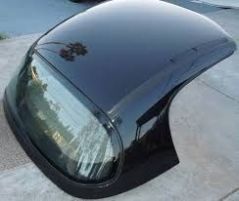 So with, at last, some real reasons for thinking spring is on its way (daffodils, lambs, the odd bee and even a bit of sun), I’ve finally made a decision and yes, the time has come to take the old hard top off

Until technology solved the problem with the creation of the folding steel roof, sports cars usually came with a folding roof made of some sort of fabric and Green Machine, who is now almost 18, falls well and truly into the rag top territory. Now a soft top is ideal for the summer when it’s warmer and drier and you really want to make the most of open air motoring, but come the winter something a bit snugger and more robust is usually called for.

A hard top is, as its name suggests a solid roof that fits on the car and immediately turns your open top (noisy, draughty, drippy) racer into warm snug and stylish winter proof coupe, in fact the sort of car a man of subtle, refined taste is meant to drive during the colder months. The only drawback to this nifty bit of kit is getting the damn thing on and off, but more of this later.

The problem is that removal is really a two person job, firstly because it’s almost as heavy as a small Rhino and secondly it’s probably about as easy to carry, although to be fair I haven’t actually done a lot of Rhino carrying to date. Anyway, how to get the roof off and where to put it when you have, is always an issue but I’ve devised a cunning mechanism that allows me to remove the roof unaided and better still the system also acts as the perfect storage arrangement too. Ok, it isn’t ideal but it works, and on a good day, I can generally manage the entire exercised unaided.

It operates like this, suspended from my garage ceiling I have 2 mini ratchet straps. Secured at either end with a gap of about 150cm between the two fixing points and positioned about 90cm apart. They hang down in 2 big loops side by side like a pair of very slim hammocks and these are where my hard top lives during the summer, suspended in mid air

So to take the hard top off, I first wind down the straps to give a much slack as possible. The next step is to manoeuvre Green Machine underneath so the roof is positioned centrally between the 4 securing points

Detaching the hard top is a bolt removal/locking clip undoing job, so a bit of pre-planning is useful. Firstly the 2 front securing bolts that hold the hard top to the windscreen frame have to be taken out. Helpfully, the nice BMW people provide a neat gismo just for this purpose, a kind of T handled screw driver thingy. The bolts simply unscrew and with a bit of a wiggle drop out quite easily, sometimes too easily as these need to be kept where they can be found again for when the roof goes back on. I keep mine safe (in the ash tray works for me) but wherever you put them make sure you don’t on any account lose them as they are now increasingly difficult to replace and quite expensive – you’ll have probably gathered I’ve lost them in the past so  I know what I’m talking about.

The next job is to free off the 2 securing clips at the rear, they are integral to the hard top so can’t get lost. These clips work on a simple lever operated mechanism that rotates a bayonet fixing, so an easy job to undo. They are handily positioned tight up to edge of the hard top so when being turned are also quite good for abrading the skin on the knuckles should the need arise, or on this occasion when there seemed no apparent need at all.

With the roof now free comes the fun bit, feeding the straps underneath. This requires lifting each corner in turn and slipping the looped strap under. The first corner is the easy one and working backwords the rear corner isn’t too difficult either, although at this point you have to lift the whole weight of the roof to get the strap underneath and also high enough to clear the rear bayonet mechanism/skin remover.

So, with a bit of sweat, tears and only slight blood loss, the loop is now in position. Moving to the other side, however and things get a bit more complicated. Having placed the strap under the roof, the side I’m now on is out slightly of alignment so lifting the corner requires a bit more force. The front end isn’t too bad and it can generally be achieved with no more than some mild bruising, so far so good and the job is almost done.

Now for the last corner. I try to lift the roof up out of its position and it’s jammed tight. I apply a little more pressure and it comes out a couple of millimetre and then sticks again. Ok, so I go back to the other rear corner and loosen that a bit more. Wiggle, wiggle thump………….. oops, and the roof drops back down into its slot.

Initially I don’t feel the pain and it’s only when I notice the half detached index finger nail that it the first throbbing actually kicks in. Fumbling with my other, marginally less injured hand I manage to reach the windscreen cloth in the nearside door pocket and endeavour to stem the now steady blood loss. Binding the finger up and at the same time trying to keep the worst of mashed fly and road filth from entering the wound, as I begin to drift in and out of consciousness with the pain, I wonder fleetingly if that car cleaner from Halfords I was given for Christmas said anything on the label about removing dripped on gore from leather upholstery.

Pulling my self together, I wrap the now completely detached nail in a tissue in the hope I can be stick it back on later with my wife’s nail adhesive, and return to the other corner for second attempt. Pull, push, curse and conscious of the rapidly diminishing number of digits I have left to work with (and my word isn’t blood really slippery as well) with one final heave, the strap is at last in position, thank heavens.

Half an hour later I return from the kitchen and buoyed up by a cuppa and 3 jammy dodgers and with both hands now encased in Elastoplast up to the wrists, I’m ready for phase 2 which is to lift the roof up clear of the car and in to its storage position.

Now I don’t know how many of you have had the pleasure of using ratchet straps but these really are the deckchairs of the securing world – if it goes right everything is hunky-dory, if it goes wrong, however and well……….I’m sure you get the picture.

The thing is, the little lever that operates the contrivance is perilously close to the exposes ratchet cogs so even slight slip when cranking and you can suddenly find chunks of finger disappearing into the mechanism. Well I’m an old hand at this and so no problems at all………. at all, that is, until mid – ratcheting, my next door neighbour pops her head round the garage door to say hello and  momentarily distracted, my hand slips.

As the mechanism had only devoured about a third of the skin on my ring finger, I somehow still managed to retain sufficient composure to respond with a ‘yes lovely day Julie’ although this brief period of self-control did evaporate somewhat once she was out of earshot.

Anyway, at last the hard top was off and safely stored, the sun was still out and could go for my first trip with the roof down – brilliant I’ve been waiting all winter for this.

Now where are my shades and which is the quickest way to A&E? 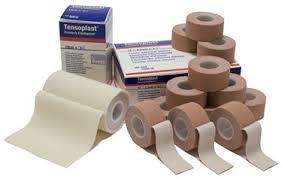