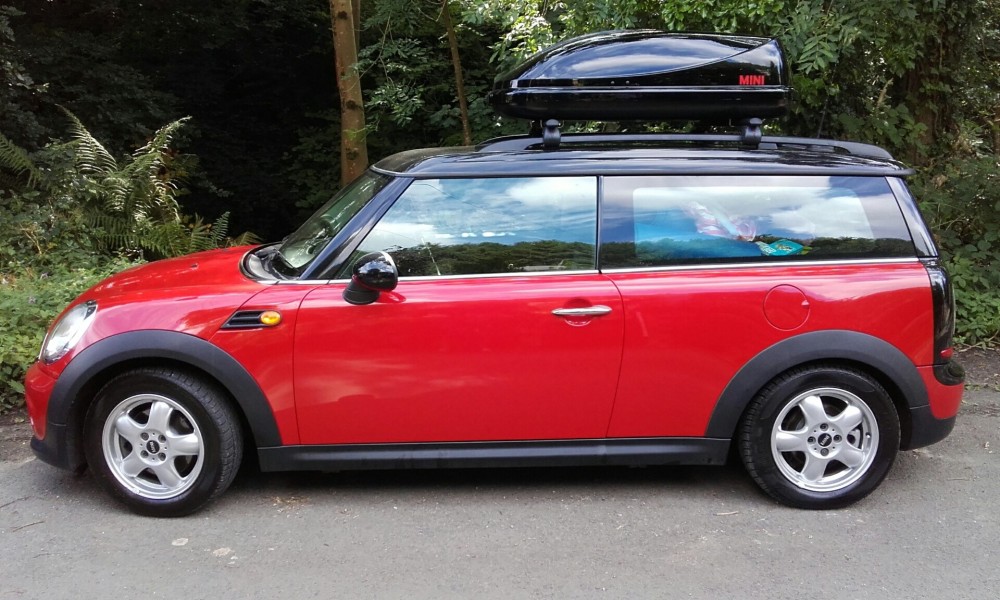 As some of you may know, we recently had to change the car as the old Dodge we’d been running for several years rolled over and died on the way to Bristol Airport. (Check out So Sad for the full story)

Our new acquisition has already proved its worth as, despite being a mini, albeit a Clubman, we managed to get our complete glamping outfit on board for a trip to Devon a few weeks back-  but I have to admit it was a bit of a squeeze.

Now one of the criteria I mentally stipulated for the mini was roof rails and to a large extent this was the reason for buying a 6 year old car rather than an older and considerably cheaper pre roof rail model.

As much as possible I’d researched into the carrying capacity of the Clubman before I finally bought  one and it seemed to me the option of roof rails would allow me to overcome any shortcomings (pun intended ) that the mini had in terms of carrying the occasional large object which all families sometime need, you know doors, Swedish flat pack furniture, coffins and the like. 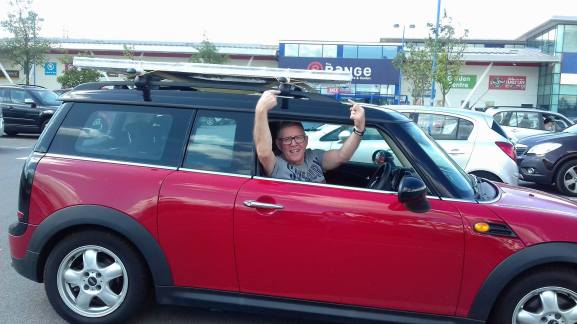 A few days after purchasing Mini I was idly scanning ebay one evening and suddenly roof boxes popped up on the screen  – now there’s a thought I muttered under my breath and from that moment on the hunt was on.

On reading up, I discovered there are a huge range of roof boxes on the market including a neat one made by BMW for the Mini. A new one of these including the roof bars is pushing £500.00 so out of the question as far as I’m concerned.

Popping into my local Halfords I priced up their Mini fit roof which came in at £120.00. Add in gloss black box from them as well I was still looking at over £ 370.00

Checking out ebay, however I found a set of universal bars for £ 26.99 so I decided to give them a punt. A week later they arrived and hey presto they’re perfect. I’ve now also shortened them by 6 inches or so to make them fit even better and after spraying them black they look just  like the £150.00 BMW Mini ones.

Next job was to source a budget box and again ebay came up trumps with  company offering a gloss black Thule Ocean for £137.99.

So for just under £165.00 plus very modest postage, I’ve now got a stylish and practical set up ready for our next roomier trip away.

I’ve since also invested in a £5.80 ebay Mini badge for the back and some vinyl lettering to complete the look and you can now judge the outcome for yourselves. 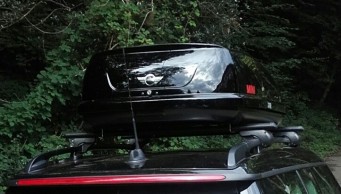